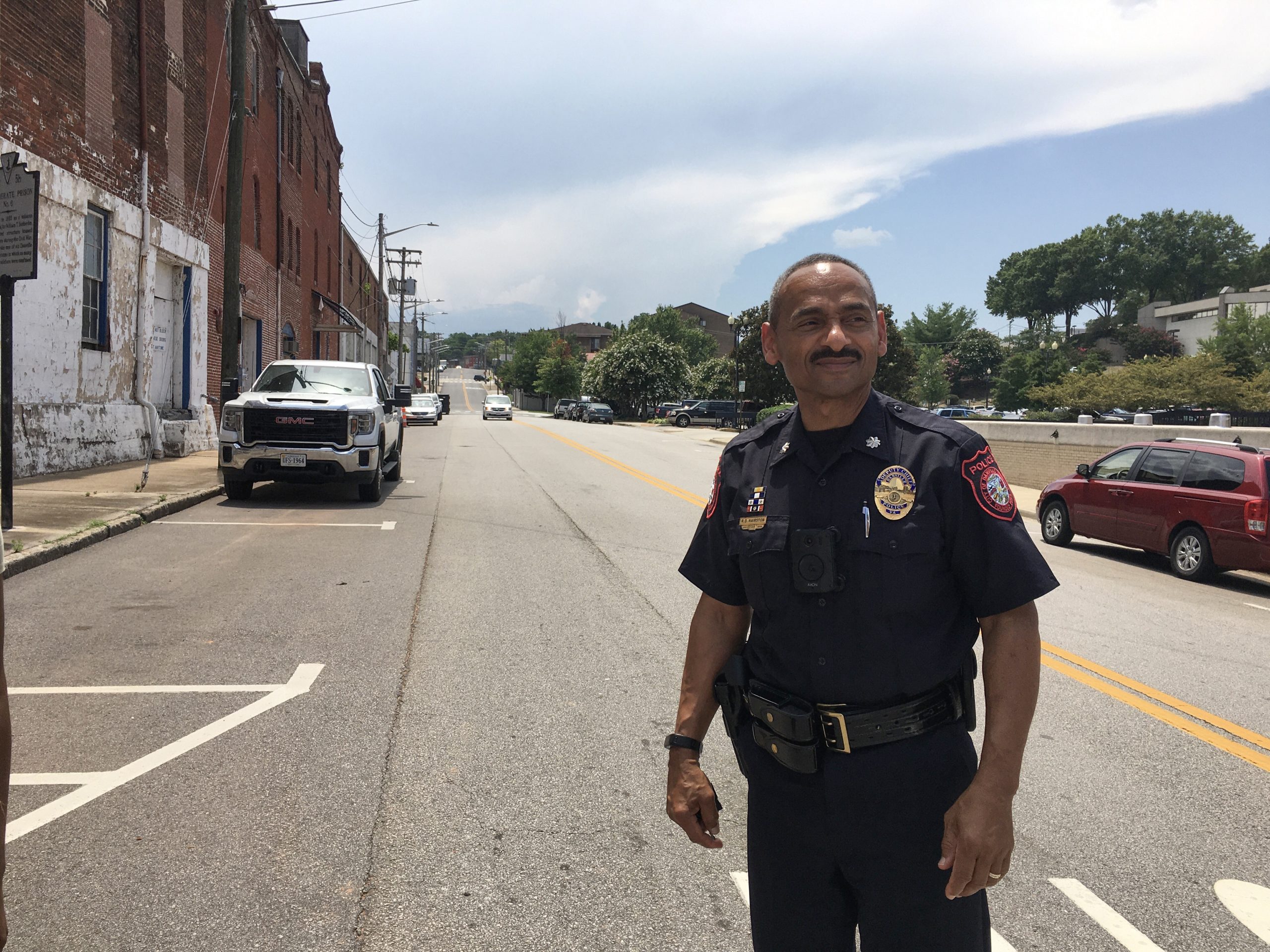 DANVILLE, Va. — Local historians Dean Hairston and Karice Luck-Brimmer, who are both African American, had trouble discovering their family history in Danville, Virginia.

African American history can be difficult to uncover. Traditional histories were written by white citizens. White-owned newspapers have been carefully preserved, whereas few Black newspaper archives exist before the 20th century. Black genealogical records have been destroyed.

Luck-Brimmer, 42, who is also a genealogist, started a Danville chapter of the Afro-American Historical & Genealogical Society because, as she researched her roots, “I felt like I had no one to connect with that was interested in Black family history. Period,” she said.

She said she was forced to rely on white genealogical records to track down her ancestors. “Our slave ancestors changed hands so much.”

Hairston said he wants to make it easier for his family and future generations to research African American history in Danville.

“What I’m trying to do now is put enough together that whoever comes in behind me … will have something to build off of,” he said.

Listening to their grandfathers

Hairston and Luck-Brimmer were both inspired to dig into their histories after hearing stories from their grandfathers.

Luck-Brimmer, who was born and raised in Danville, said her grandfather was known as a community historian.

“I’ve always been called an old soul with an old spirit because I was always around my grandfather,” she said. “No one else would listen to that stuff, but me.”

She began collecting oral histories in high school because she was fascinated with her family’s past and the African American diaspora. “I was a genealogist before I even knew what genealogy was,” she said.

Hairston, 60, who is also the Danville deputy police chief, is a descendant of the enslaved Hairstons — a sprawling kinship of thousands sharing the same surname as their former enslavers. Hairston said his name’s significance and the stories told by his grandfather inspired him to learn more about his past. ​

“As a former detective, I research history with the same investigative drive to uncover what has been buried and to find evidence that will support and bear witness to history’s untainted truth,” he said.

Hairston has been a police officer for almost 40 years. He and his wife, Angela, the city’s school superintendent, met at Averett University in Danville.

Very few African American funeral records exist in Danville, but Hairston salvaged old records from funeral homes that went out of business. In his research, he discovered there’s always more to find.

“It’s almost like you’re exploring a big castle and every door you go into opens up five other doors,” he said.

The Civil War cemeteries are segregated. While the Union and Confederate sites are filled with stones and mementos from descendants, the Freedmen’s cemetery, where Black Civil War soldiers were laid to rest, is bare.

The cemetery is a sparse, grassy field. A few stone fragments litter the ground.

Hairston said the African American headstones were destroyed and vandalized by locals. The city cleaned up the broken stone fragments and used them as sediment in ditches for erosion control.

Luck-Brimmer spent most of her 20s trying to be anywhere but Danville.

However, after living in different parts of the country, she returned and forced herself to become comfortable back home. “I said, ‘OK, I’m here. Let me start doing the work that I’m passionate about. This is home. My work is here, all the stories that I tell, the oral histories… are here,” she said.

She began by focusing on her family’s history, and stories about the community followed.

Luck-Brimmer, a program associate for Virginia Humanities, founded the African American genealogy chapter in Danville to preserve local Black family history and help researchers all over the country.

Two years ago, Gov. Ralph Northam appointed her to the Virginia Board of Historic Resources.

She is now looking for people to sponsor the construction of historical markers around Virginia, because so few markers represent African American culture.

“Things have been left out,” Luck-Brimmer said.

Her work, she said, is “like a history lesson. … I’ve been going all around Virginia learning the history, so I’m very excited about that.”

Few citizens know about the 1883 Danville massacre — in which a white mob murdered six Black men and suppressed the African American vote in that week’s statewide election, leading to the ousting of the biracial Readjuster Party. Luck-Brimmer said the Danville massacre is not taught in schools. She didn’t uncover the massacre herself until six years ago.

Oral histories are important in African American communities, she said, but she wonders if one of the reasons the massacre isn’t frequently taught is because few survivors and direct descendants were willing to open old wounds.

“I think it’s a painful experience,” Luck-Brimmer said. “I mean, you’re talking about generations of trauma. It’s just being passed down.”

But things have begun to change. The Danville Museum of Fine Arts & History recently unveiled a civil-rights exhibit and produced a guide for teachers to help their students understand the truth of the massacre, called “Think Like a Historian.”

“We still have a couple of things to work through,” Luck-Brimmer said. “But I really think that we’re progressing. … I don’t think I would have been accepted in this community 10 years ago.”

Top Photo: Local historian and Deputy Police Chief Dean Hairston has spent years uncovering African American history in Danville, for which little research has been done. “What I'm trying to do now is put enough together that whoever comes in behind me … will have something to build off of,” he said. (Molly Castle Work / University of Maryland)